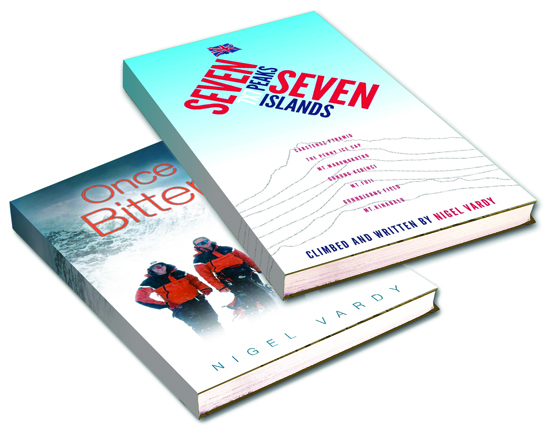 There are two books published about my adventures… 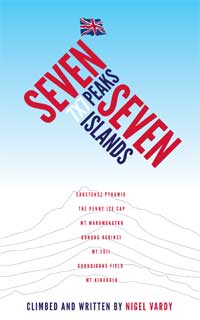 This is my second book and tells the story of my British Record Braking climbs across the world.  Inspired by fellow climber Jaime Vinals, I became the first British climber to summit the tallest peaks on the worlds seven largest islands.

It is available now from all good bookshops and online via Amazon.co.uk

“This is an inspiring, highly-readable personal account of how he went on to climb the, highest mountains on the world’s seven largest islands, from the frozen Arctic to jungle-clad active volcanoes, despite his foot damage that would have crippled most of us.

Nigel epitomises the life principle that “The only limits in our lives are those we accept ourselves”, challenging each of us to examine our own lives and goals once again” 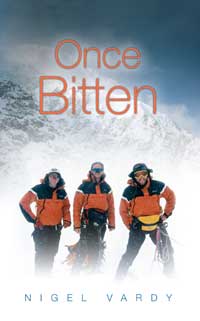 The story of my fateful climb on Mt. McKinley in Alaska during May 1999 and my recovery back to climbing.

I suffered severe frostbite and was pulled off the mountain in the highest altitude helicopter rescue in North American history.

The story propelled me into the media spotlight and was the subject of a Discovery Channel/Channel 4 Documentary in 2007.

It is available now from all good bookshops and online via Amazon.co.uk

“His steely determination to battle through the aftermath of what can only be described as an epic expedition, put his life back together and go on to enjoy such fantastic Adventures despite his disability is an inspiration to us all”