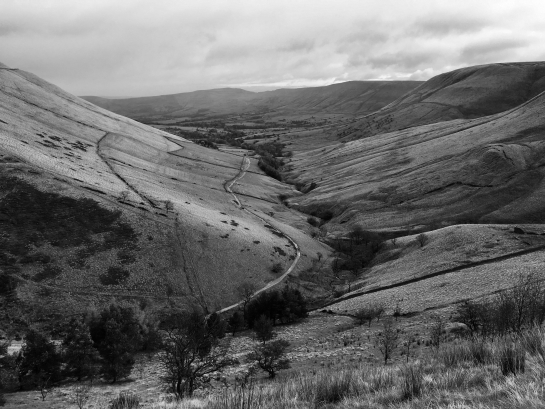 Some people will tell you that you must write regular updates on your website, but what if you’ve got nothing to say..?  What, in this modern world of Blogging and Social Media, do you do when nothing really happens.  I’ll tell you what happens.  You write rubbish, post rubbish and spread rubbish.  There’s plenty of it out there, with innumerable tales of people’s eating, sleeping and weeping habits.  What if we only wrote when we had something important to say..?  Lately I’ve not been in the right frame of mind to write.  A combination of medical tests, stress, lame excuses and let downs has distracted my creativity.  I didn’t want to write rubbish, so I wrote nothing at all.   As Cyril Connolly famously wrote in 1933 – “Better to write for yourself and have no public, than to write for the public and have no self’.

My nerves are still causing me problems, and I’ve written about that.  I’ve recently spoken on a cruise ship, but I’ve written about that before.  BST has become GMT and people are moaning about the shorter evenings, but we can all see that..!  So what’s new..?  American politics, overseas conflicts and Brexit fill the UK media with a repetitiveness that’s frankly numbing.  I’m not saying that the stories aren’t newsworthy, but I’ve switched off.  I’m looking at the news and social media less and closing my eyes.  I’m tired, tired of many things, tired mentally and tired physically.  People have commented on the bags under my eyes recently and that I’ve become far too quiet.  My nerve medication doesn’t help, my workload doesn’t help, but more importantly, I need to help – myself.  Since I was a child, I’ve chased perfection and taken everyone else’s problems upon my shoulders.  It’s a heavy mental burden to bear, but I bear it.  I care far too much and always try to help others, but I’ll keep doing it.  I’m a fighter, but fighting wears at your body and soul.  It’s here that one of the most beautiful saviours in the world comes into my life – the outdoors.

I can’t remember my first day in the hills, but I’d have been a tiny, short clad boy of the 1970’s, wearing bawdy colours and no doubt running through the fields.  My dad would have driven a Hillman Avenger and my mum probably sported a bee hive hairdo.  My sister would have dressed in tartan (she was a Bay City Rollers fan) and we’d have been in my native Derbyshire.  Over 40 years have passed since those young days, and though I’ve grown taller, turned grayer and lost a few bits around the edges, the hills and mountains remain.  Children have such a beautifully simple way of observing their world.  Recently I was speaking in a junior school, and at the end of my sessions I was handed a letter by one of the pupils.  She wrote ‘Nigel is a survivor, and if you survive, you are a winner’.  These few words cut deep into my soul.

We are not robots.  In my view, we don’t become fit by pounding on a machine inside a brick box.  Were just doing what society and time dictates.  We’re rushing too fast in a race to achieve, but achieve what..?  We eat processed, plastic clad food and think we’re saving the planet by recycling the packaging.  And when the climates warms too much, too fast, then we deserve what we get.  What if, however we slowed down, looked into the hills and breathed..?  My professional life demands a pace which I struggle to maintain.  My stumpy fingers struggle to type fast enough and so, I’ve slowed down.  I speak slower, and take time for myself.  If people don’t like that, well I’m too old a bunny to really care, because my mind is on a mountainside.

There’s been a number of reports pronouncing the health benefits of being outdoors.  I don’t just mean the fact that you keep physically fit, but also the mental health benefits too.  Fresh air, wind, sunshine, rain, hot and cold are places where our bodies were made to work, not in the sweat laden atmosphere of a lycra clad gym.  We were created to live outside, only needing shelter in times of bad weather.  Many now seem to spend more time inside than out.  At a desk I have a little desire for conversation, as I’m surrounded by loud mouths.  You should never confuse persona with a loud voice, so I prefer to let people babble away without much reply.

I still need to work professionally as I have bills to pay, but if you want a real conversation, come and join me in the hills sometime…

2 thoughts on “The Right Frame of Mind…”