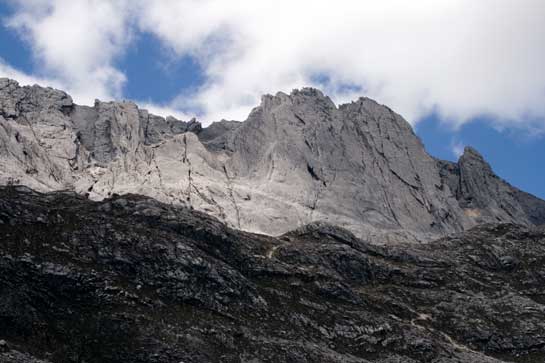 I returned to Sumatra to make another attempt on Gunung Kerinci, before flying to Papua to climb the hardest peak of my 7 x 7 challenge – Carstensz Pyramid. The climbing went so fast that I was left with ten days to spare, so I travelled across South Sulawesi and Central Java taking in the culture of the islands…

It’s a long flight to Jakarta – over 7000 miles, but it was the linchpin to my next adventure. It’s an enormous sprawling city of 9.3 million people spread as far as the eye can see. Downtown is a mass of modern tower blocks and development, whilst the suburbs litter the panorama with rusty tin roofs.

I left almost as soon as I arrived, and headed off to South Western Sumatra and the Kerinci Seblat National Park. It was here last year that I had tried to climb Gunung Kerinci without success. News was that the mountain was clear, and I was itching to find out.

This is the largest National Park in Sumatra covering a 220 Mile (350 Km) swathe of the Bukit Barisan Mountains and 5800 Sq. Miles (15,000 Sq. Km) of prime rainforest. It is known to be one of the last strongholds of the Sumatran Tiger due to its remoteness and difficult traveling conditions.

National Park or not, illegal logging takes place for the rich, ancient timbers here. I passed two enormous trees, felled and sawn with the best timber stolen and only sawdust left behind.

Gunung Kerinci sits within the Park, and I made a second attempt to climb her. Unlike last year, she was clear and safe to ascend. 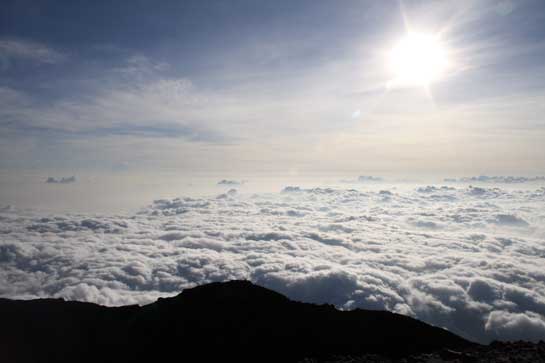 Using a local guide I climbed through dense rainforest passing beautiful Orchids, Ferns and Mosses, and even caught a glimpse of a Black Gibbon or two. We camped at 10,800ft (3,300m) in an old abandoned shelter before summiting the Volcano just past dawn the next morning. Sulphur filled the air, and from inside the Crater rose smoke and steam. I stood on the rim in piercing sun and below me was a perfect cloud inversion.

It was a fantastic moment for me after last years disappointment, to finally stand on the summit and claim peak 5 in my 7 x 7 challenge.

With three days free I headed off into the swamp forest of Ladeh Panjang. It is an excellent place to spot rare flowers, Deer and perhaps even a Tiger. The going was tough with dense rainforest, deep mud and rivers galore to contend with. Leeches infested my legs and rain soaked me through, but the remote lakes and flowers made it all worth it. There were Orchids galore, and the rare Nepenthes was in bloom, but I don’t recommend the swamp to everyone. You need to be a hardy traveller to make the journey, but if you are the rewards are high.

My trip to Carstenz was organized by Adventure Peaks in Ambleside, UK. I returned to Jakarta to meet my fellow climber Sibusiso Vilane and Guide Dave Pritt, before we headed off for the small town of Nabire in Papua. Here we met the local agents who had organized the helicopter airlift into Base Camp – The vital link in the trip. There were some disagreements about timings and hard bargaining was needed. The basic problem was time to acclimatize. Landing at over 12,000ft (3,600m) after being at sea level requires getting used to, and that takes time. The climb itself is only a day, but you must take a few days to allow your body to adjust. A sensible four day window was negotiated and we set off for to find the helicopter, hoping it was actually there!

Getting to Base Camp was one of the most laborious journeys I have ever undertaken. Traveling from Jakarta took one Jet, two Twin Otters and a Helicopter before I finally arrived. The Helicopter pilot was difficult to find as specially trained high altitude pilots are required. 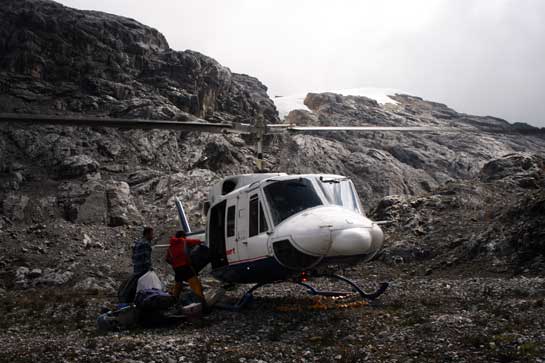 We took off from the small Papuan town of Enarotali on an incredible 30 min. flight over dense jungle, limestone ridges and towering waterfalls, before passing the Freeport Mine. We were soon landing at Base Camp and sprinting away from the whizzing blades and dust.

It was a great relief to finally be here as I had heard so many stories of people waiting for weeks for a flight which never came.

Situated at over 12,000ft (3,600m) the camp sits under the dominating skyline of Carstenz Pyramid. The tents were pitched against the shore of a small glacial lake and for the next few days this was home. The air was thin, but I managed a short walk to view the vast rock walls and glacial scree which surrounded us. Alpine flowers carpeted the floor and small streams trickled between the rocks.

I realised here that my climb on Gunung Kerinci had given me some advantage when it comes to acclimatisation, but the air was still thin.

I opened the tent zip at 3.30am and stood on the sodden ground. It had rained heavily in the night, threatening our attempt, but now the skies were clear. The fixed ropes took some finding in the dark, but by daybreak I was climbing. The face was quickly ascended in two hours, but the ridge was another matter. Difficult abseils, jumaring and leaps made the going tough, but after four hours hard work I stood on the summit!

The cloud was thick and blocked the view, but at least I had climbed peak 6 in my 7 x 7 challenge. All I had to do now was get down in one piece!

The ascent of Carstenz Pyramid was so fast that it took me completely by surprise. Suddenly I had ten days to spare before my flight home and turned to my Lonely Planet guide for ideas.

I decided rather than to fly directly to Jakarta, I would take the slow way home via the Torajan Peoples of South Sulawesi, and then onto the Buddhist Temple of Borobodur in Central Java. It wasn’t going to be easy carrying all my climbing kit with me, but I wasn’t going to miss these sights for the world!

Living in the highlands of South Sulawesi, the Torajan people live modern lives entwined with ancient customs and beliefs. Their Tonkonan Longhouses stand high on the hillsides dominating the rice fields below. Though Christian, they still have ritualistic burials and believe that possessions can travel with you into the afterlife. Funerals are an enormous affair with thousands attending over many days. Buffaloes and pigs are slaughtered depending upon the status of the deceased, and traditional burials in cliff faces of rocks are still carried out. 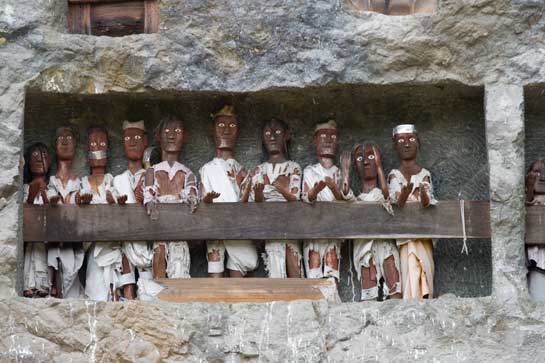 I spent three days with in the Torajan people marvelling at their lifestyle. Their traditions may seem strange to Western eyes, but they allow a strong culture to survive in a world where traditions seem to die.

The gigantic Buddhist temple surely rates as one of the wonders of the ancient world. Standing over 380ft wide and containing over 2,000,000 cubic feet of stone, it has survived almost 1200 years of volcanic eruptions, vandalism and terrorism. Much of the stone is ornately carved and statues of Buddha sit by the row on walls and under arches. Words cannot give justice to this monument – you have to see it with your own eyes.

Borobodur is one of Javas top tourist attractions, with people traveling from around the world to marvel at its splendor. I found it difficult being surrounded by coach-loads of people and the persistent hawkers, but I was no different to them. After all, when we travel, we are all tourists.

After 17 flights in under 4 weeks I was weary of travel when I returned home, but I had completed a great deal. Two more peaks in my 7 x 7 challenge had been climbed, and I had seen great cultures across Indonesia.

Traveling here can be hard work due to long distances, poor roads and delays, but if you put in the effort, Indonesia has a lot to give, and now is a good time to go as visitor numbers are down and prices are cheap! 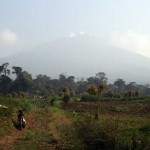 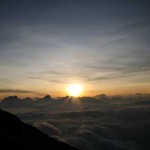 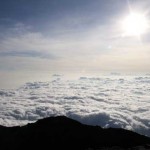 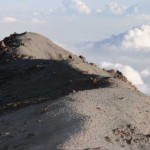 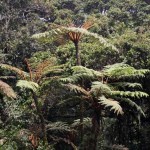 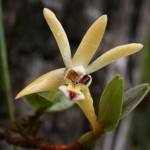 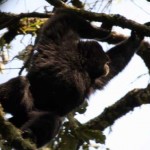 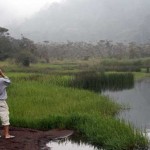 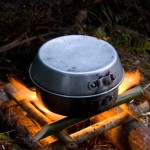 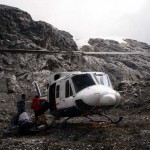 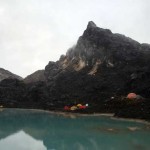 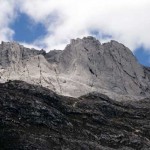 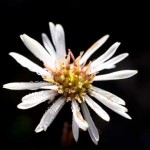 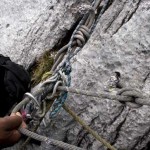 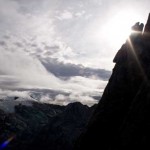 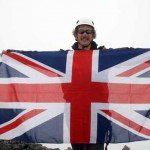 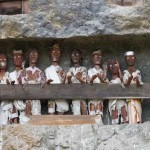 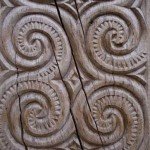 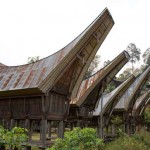 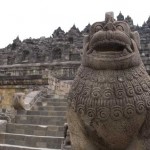 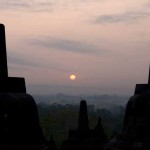