The Duke of Edinburgh Award – Diamonds, Diving and Derbyshire… 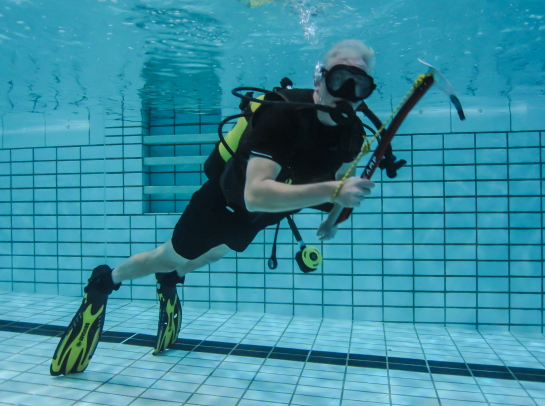 My first connection with the Duke of Edinburgh Award Scheme was in the early 1990’s, when I was a young engineer at East Midlands Electricity.  They were a major sponsor back then and had purchased a number large of box trailers, filled with expedition equipment.  I ferried them around schools, helped set up a DofE group at the office and volunteered where I could.  Those days seem long gone as corporate takeovers scrapped sponsorship and abandoned the award.

My mountaineering exploits came to the notice of my local award office in Lea Green, and before I knew it, I was presenting awards at County Hall in Matlock.  My work, speaking in education brought out the best in everyone, as many of the award winners were at school.  The events were an ideal way to see the youngsters of today in a good light, rather that the media spotlight of poor education, bad manners and laziness.  Here was an audience who truly engaged with everyone around them, put effort into achieving an award and carried those skills into their futures.  I cannot think of a better way to enthuse the youth of today.

A number of Royal events followed with engagements at St James Palace, meeting with their Royal Highnesses The Duke of Edinburgh and The Earl of Wessex.  I’ve always been a royalist and enjoyed every occasion immensely.  Many people seem scared of the Royal Family, but find them welcoming, polite and a true delight to meet.  Whatever people’s opinions, the moment one of them enters the room at presentations, people sit up very straight in their chairs..!

At a recent presentation, I was asked what my Diamond Challenge would be.  Talk about being put on the spot..!  The challenge to celebrate the Diamond Anniversary of the awards creation in 1956, asks you to do something different.  I’m a Mountaineer, so I though Diving might be different.  I’ve never been comfortable underwater, so here was an ideal opportunity to challenge myself.  I’d recently received an invitation to try Scuba, so with a little trepidation, I put on the gear and sat on the bottom of a swimming pool in Lincoln.  Ok, perhaps not as romantic as the Red Sea, but we all have to start somewhere.  With excellent tuition from Stellar Divers, I was soon comfortable under the water’s surface and swam around for an hour or so.  Being a Mountaineer, I had to take an Ice Axe, if only for the photos..!  My challenge complete, I ordered my Diamond Pin.

You only get back, what you put in – a phase used many times and for many things.  I believe in giving more than receiving, living a life of service and helping others.  Occasionally this is recognised with invitations to very special events.  One afternoon an e-mail entered my inbox.  It was an invitation to attend a Service of Thanksgiving to Celebrate the Diamond Anniversary of the Duke Of Edinburgh’s Award at Westminster Abbey in London.  The question of “was I available?” was soon answered with a resounding “yes..!”  Whatever was on that day was being moved..!  Thankfully I was available and took my mother south on the train to London.  We’d not travelled to the city together since I was a teenager and I felt very proud to take my Mother along.  Neither of us are the swiftest on our feet these days, but we negated the Underground and just made the Abbey in time.  The service was beautiful, encompassing readings, recitals and hymns.  The service was attended by Her Majesty The Queen and His Royal Highness the Duke of Edinburgh, who were accompanied by Their Royal Highnesses the Earl and Countess of Wessex.  There were many celebrities who support the DofE such as Jon Culshaw, Fern Britton, Ellie Harrison, Phillip Schofield as well as a fellow Derbyshire Lad.  Actor Robert Lindsay (known in my generation as Wolfie Smith) and his wife Rosemarie Ford were sat only a couple of seats away.  We chatted about our hometowns of Ilkeston and Belper, before the service was complete.

I cannot state enough how much good work young people can do, and achieve, if they are given a framework.  The Duke of Edinburgh Award Scheme had 119,892 awards achieved in 2015 alone.  Schools, groups and employers should embrace the opportunities that the award provides and enhance the lives of many more young people…