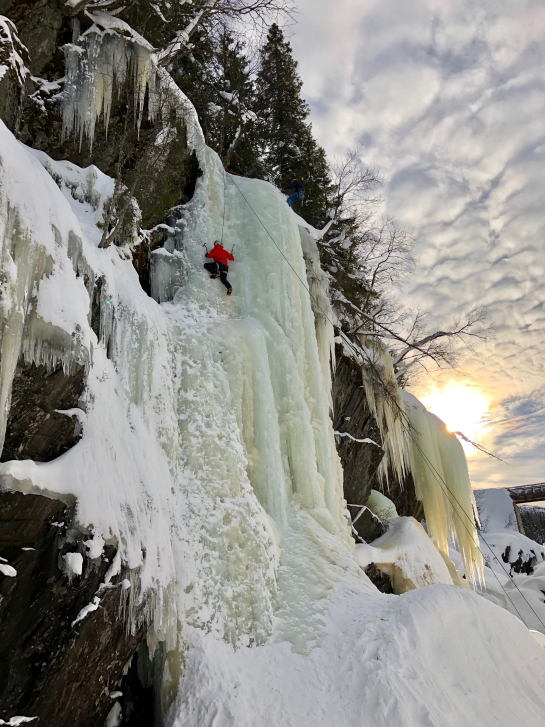 Ice Climbing is a sport which many thing crazy, wrong or downright dangerous.  I disagree.  It’s a pure athletic sport, with routes that change year on year, challenging even the most skilled climber.  Variations in the weather can make or break a route, or a season.  It can be made as safe as you wish, but also as challenging as you like.  Physically it’s incredibly demanding, but the mental aspects come harder.  Youre climbing up water, which for much of the year is heading downhill.  Ive recently returned from a weeks climbing in Rjukan, Norway, where icefalls galore await…

Since losing my fingers and toes, climbing in any form has, for me, been a challenge.  Balancing, gripping and working with ropes and equipment has become a real issue.  I constantly fight with ropes, karribiners and protection, knowing that these are the things which keep me safe.  That doesn’t mean that I have given up, or decided to go solo, but I have to carefully consider the risks.

Over the years, ice axes have changed a great deal.  In my youth, we were still using straight shafted tools with wrist loops and curved picks.  How times have changed.  Now, the curved shaft is king, with interchangeable picks and removable heads the norm.  Another huge change he is the use of leashes.

Being tied to an axe can give a great feeling of security, as should you slip with your axe in the ice, you’re probably safe.  The downside is the issue of placing gear or working with the rope as you either have little flexibility or have to fight your hand free. 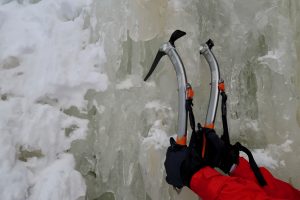 The modern way is to climb with your hands free, giving you the freedom to work the gear.  Modern axes have a huge moulded pommel on the handle with a curved base to allow tremendous grip and poise on the axe.  All this seems well and good and fits much of the population, until I enter the stage. 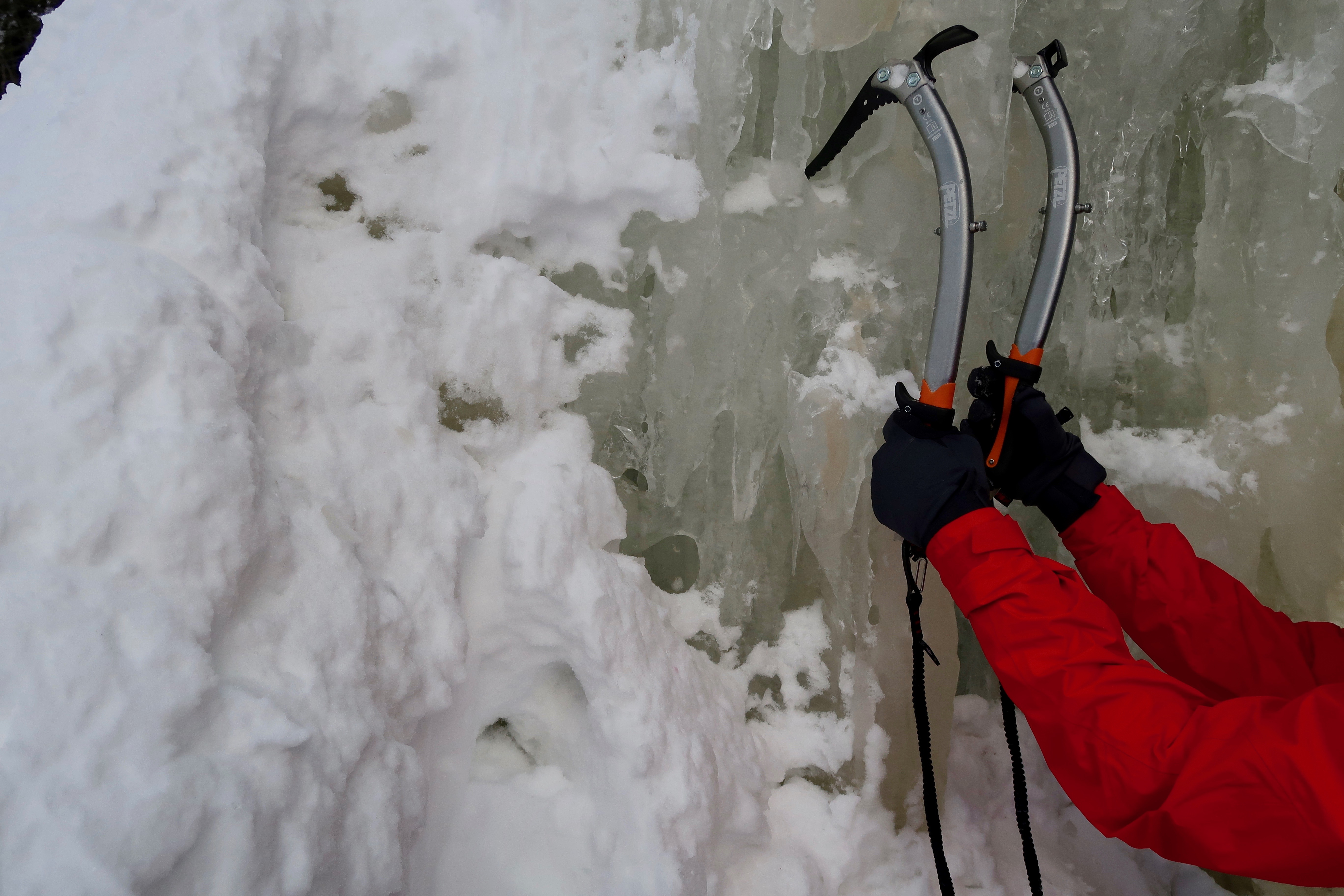 Your little fingers are incredibly useful when gripping as it fixes the hand into position.  The strength of your thumbs allows you to wrap securely around the moulded grips.  Being polite, my grip is awful.  When I use an axe, my hands tire and my grip fails, so I’m reduces to the leashes.  On my recent trip to Rujken I was spoken about as an ‘old school’ climber. 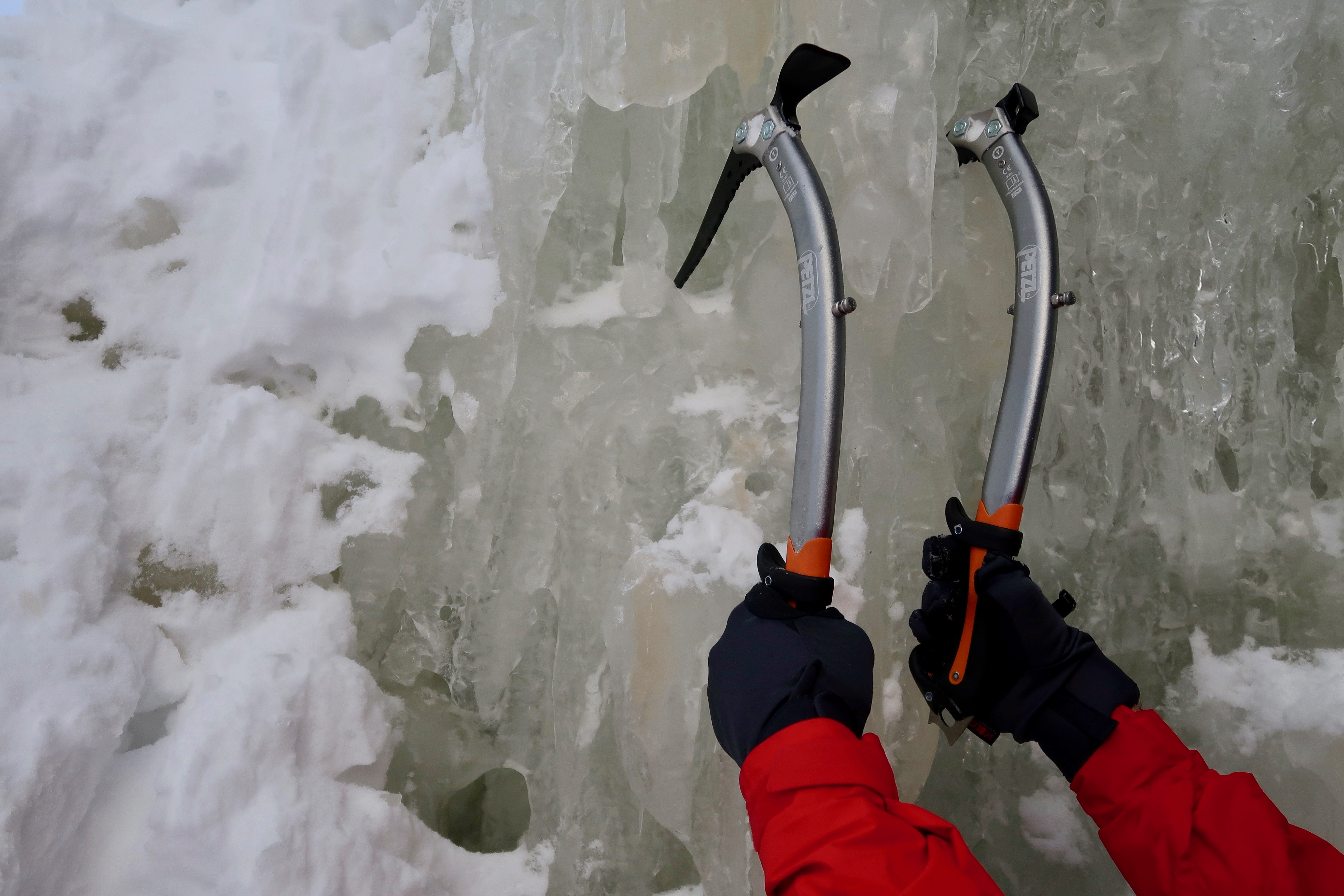 My feet don’t reach the end of my boots by a long way, so front-pointing on crampon tips is difficult.  All the lever points are wrong and I struggle to feel secure.

‘So why do you still do it Nigel..?’ Is the question you’re probably asking.  The answer isn’t a simple one.  Climbing hurts my skin grafts, the cold bites at my wounds and yet I love it.  It scares me, exhausts me and strains me, and I love it.  I’m not good, I’m often led or on a top rope, but I don’t care.  I love it.

I would rather shower my face with exploding crystals than watch a box set on TV.

I would rather come home exhausted and smiling, rather than being bored and sad.

I would rather cry because of the pain in my wounds, rather than never experiencing the hurt. 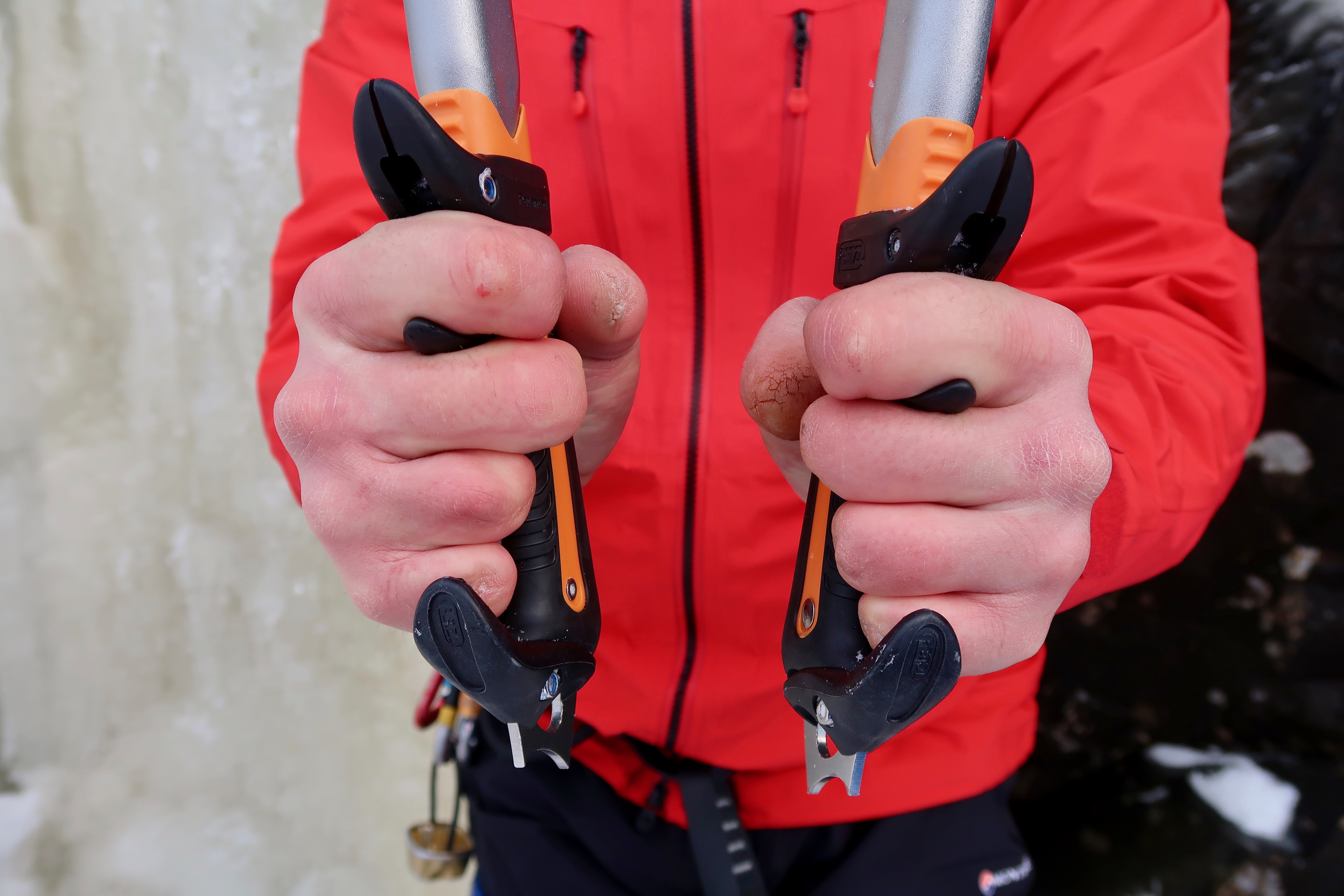 Rujken is a Mecca for ice climbing.  It’s position in a shady valley makes for temperatures well below freezing for the winter season.  It’s so dark that mirrors have been fitted on the hillside to bring sunlight into town.  Many of the routes are only minutes walk from the road allowing easy access to dozens of routes.  Short walks are good for me, but you do have to be up and out early to get on the ice before the hoards appear.  I tried some simple routes without leashes, but soon found my grip failing and returned to the system I knew.

Old school or not, it’s what I need with whats left of my hands…